CALL ME BACK
Previous Next
Intasure Claims To The Rescue

Intasure Claims To The Rescue

Intasure to the rescue as flash storm in Poland leaving resident unable to occupy the property affecting his living arrangements for months. 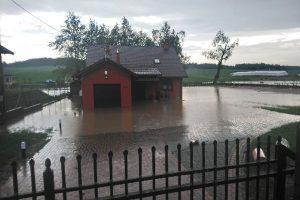 On 23rd May 2019 a tornado with a very heavy rainfall hit the area Lomza, Poland.

Mr Sayers was visiting England at the time of the event and received a picture from his neighbour who noticed his house was standing in a large pool of water after the storm.

The water flowed towards the property from a nearby hill situated to the West of the building. The water flooded the grounds via the wire-net fence, and washed out half of the trees recently planted by the customer, flooding the sewage tank and surrounding gardens. Flood water entered the ground floor of the building and the garage and subsequently flooded the base of the house via the air vents.

The fire brigade were called in and they cut a section of the wire net fence in order to enter the grounds of the property, they then opened the entrance door with a key provided by Sayers’ friend. The property was flooded so high the fire brigades had to pump the water out.

At this point Mr Sayers purchased an emergency flight ticket and returned to his home on the afternoon of 24th May. When he arrived home, most of the water on the ground floor was removed by friends and/or had dried out.

Both buildings and contents of Mr Sayers’ property were damaged including the floor and lower sections of the wooden outbuilding are contaminated and dirty from the flooding and a Motorbike and Biking equipment i.e. Helmet etc. were damaged and unusable.

Despite the extent of the damages to both the structure of the building and the contents within, the claim was closed within 4 days and a settlement was provided.

4 months after this tragic event, Mr Sayers’ house is complete and looking better than ever. No trace of the damage is to be seen and a local farm has built trenches near to help prevent this from happening again in the future. 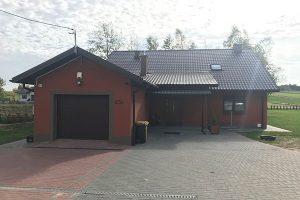 Mr Sayers wrote back to our claims team 4 months after;
‘My house is now fully repaired after the flood and I wanted to personally thank all involved in helping me during this very stressful time.

Alexandra you have been absolutely amazing and the same goes to Intasure, getting my home insurance policy with Intasure was undoubtedly one of the best decisions I have made.’