Previous Next
The Evolution of Static Caravan Holidays

The Evolution of Static Caravan Holidays

We take a look back at how British holidays have changed over the years and which then inspired the development and production of static caravans, the unsung hero of British holiday.

With so many advertisements offering static caravans for sale, it might not be easy to know which one suits you better. Static holiday homes are manufactured today by businesses like Carnaby, Willerby or Regal provide a wide range of sophisticated extras. Traditional features are double glazing and central heating, but modern static caravans include Bluetooth music systems in the master bedroom, and others offer smart kitchens that are able to create an environment just luxurious enough to make technophobes shiver. 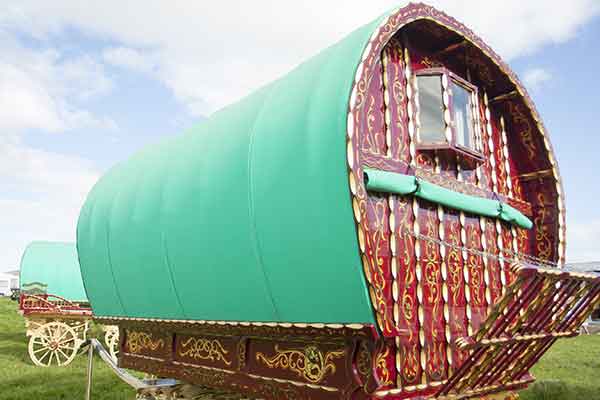 Of course these luxury extras have not always been the case, and as with anything progress happens slowly over time. Do you want to know how everything started?

The first signs of people using static caravans for leisure came about in the early 20th century. Rich families would have them transported by train to their destination where they’d remain for their holiday before coming back home. Eccles Caravans is the pioneer of mobile homes, improving the mobility of static homes in the 1920’s, as they designed and built caravans that could be pulled by cars, rather than taken on a train. They introduced in the market pre-built furniture to be installed inside.

Have you ever wondered where first holiday sites were located? Early holidaymakers often asked any landowners or farmers if they could leave their caravans on site for weekends on their way to their destinations, at a fee. This was the birth of the caravan sites and the holiday parks that we know nowadays.

During World War orders for caravans virtually stopped, but most of the manufacturing companies survived by adapting to the war situation. The companies kept producing caravan bodies that were used as portable workshops and radio offices, or built ambulances and search light vehicles. This wasn’t a disadvantage for most of us, as they learned much about mass production and manufacturing in large quantities, enabling them to make products cheaper.

After the Second World War, where demand had reduced considerably, things started to change in the static caravan market. New firms entered the business and more campsites were established across the UK. Site owners saw the opportunity and would often purchase several caravans of their own that they could then let out during the holiday periods to make extra cash. It wasn’t only the industry that was flourishing, but the static home itself was becoming better equipped and was as comfortable as a brick-and-mortar house. Solid fuel stoves, hot water tanks and glass fibre insulation became the norm – and length grew to 20ft in some cases.

Caravanning sprung and lived a very exciting period for dealers, manufacturers and caravan sites afterwards. The British coast was always a favourite place to visit for most, and popular holiday sites placed in most UK seaside towns. Plus, manufacturers introduced new materials, so in the 1950s cars and caravan productions were on rise.

Come 1980 real strides had been made in terms of comfort and homeliness. Caravans could now be equipped with mains water which meant no more trips to the shower block and flushing toilets had become ubiquitous in the industry. Caravan owners began to care more about the features of their home from home – vibrant reds and yellows were common, along with garish floral prints!

Fast forward a decade and the upwards trajectory hadn’t slowed. TVs and game consoles could be installed in your caravan to keep the kids occupied whilst parents prepared food easily in their fully serviced styled kitchens and dining areas. A big development on the cooking front in the 90s was using piped gas as an alternative to gas fire bottles for a more constant, reliable supply.

Present day these type of properties are able to provide a spacious yet intimate space that combines elegance and practically with affordability. Nowadays there are over 3,000 parks in the UK and “staycationing” is not just retaining, but increasing in appeal, as we showed in this article about investing in a static caravan.

And how will be static caravans in the future? The result of the Brexit referendum and the subsequent uncertainty as well as expectations that British summertime temperatures will continue to rise year on year should keep demand for caravans high, as most of holiday and residential park operators reported during the latter part of the year strong trading results.